In the Netherlands, euthanasia and assisted suicide are both (and still) criminal acts according to the Dutch Penal Code. Since 2001, a physician is no longer punishable for such an act when he performes it according to the due care criteria of the Termination of Life on Request and Assisted Suicide Act. Patients in the Netherlands have the right to refuse treatment and physicians can be blamed for non respecting this right. When a physician thinks that treatment is no longer in the interest of a patient, the physician is allowed to stop the treatment (independent of what the family thinks). When a patient cannot be cured, palliatieve care is seen as good medical practice. When the life expectancy of a patient is less than 2 weeks and the patient is suffering unbearably, the physician is allowed to sedate the patient till he dies.

In the Netherlands, euthanasia and assisted suicide are both (and still) criminal acts according to the Dutch Penal Code (article 293 and article 294).

The Law on the Termination of life on request and assisted suicide contains the requirements of due care, referred to in Article 293 second paragraph of the Penal Code.

These requirements mean that the physician:

The Dutch Constitution and Patients Rights

Under the Dutch Constitution (articles 10 & 11), every person is protected against violation of its physical integrity. This principle works through in the relationship between a patient and its physician and is codified in article 7:450 of the Dutch Civil code. This article stipulates that a physician needs the informed consent of a patient in order to be allowed to perform medical treatments.

In April 2021, the Dutch Right to Die Society ‘Cooperation Last Will (CLW)‘ summoned the Dutch state for their legal provision on ‘assisted suicide’. The aim

To meet the high demand for information, the Dutch Right to Die Society NVVE has compiled a free brochure ‘Consciously stop eating and drinking’. The

Dutch Euthanasia Report on 2021 now also in other languages

On Thursday March 31, the Dutch Regional Euthanasia Review Committees published their annual report about 2021 in Dutch yet. Now, the English, German, French and Spanish versions

Right to Die Societies in the Netherlands 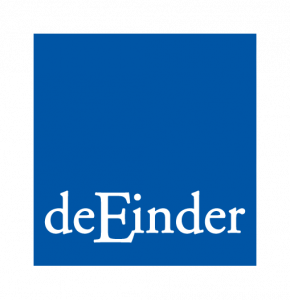 For a humane death under one’s own direction

The NVVE is the biggest RTD Society in the world.