EXIT The last year with my father 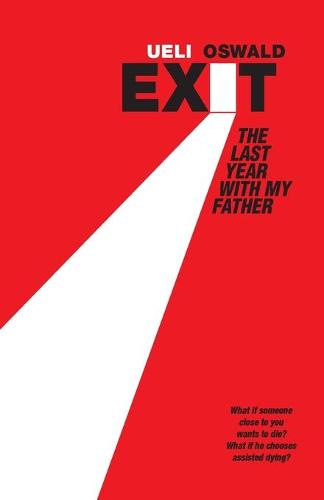 The English translation of the well-received and acclaimed book Ausgang – Das letzte Jahr mit meinem Vater recounts the path his father, a famous and public figure in Switzerland, takes once he made his decision to opt for an assisted death, after having experienced for him unacceptable ways of dying of a sister and his wife. In the wake of these developments Ueli Oswald describes his own history as son of a strong willed and well known man.

The two storylines are interspersed through the whole book by short contemplations and virtual communications between father and son, from conflicts, through understanding to acceptance of the right to one’s own self-determination.

It results in a very readable book, giving thoughts to the reader about the influence of decisions like these have on family relations in general and father-son in particular. Next to that, the book attributes greatly to breaking the taboo on (assisted) dying and death.

The translation by Iris Hunter makes this recount accessible for non-German speakers.