Victoria was the first Australian state to have a Voluntary Assisted Dying (VAD) law. The bill was approved in 2017 and came into effect in June 2019.

The VAD law with its 68 safeguards is known as the most safe and conservative VAD law in the world. This brought politicians to introduce an improvement bill in Parliament. Also doctors face problems with the accessibility of the law. While legislative change may resolve some of these concerns, most can be ameliorated by improving the processes and systems.

To apply for VAD, the following criteria must be met:

The disease must be:

The legislation includes 68 “safeguards”, including new criminal offences to protect vulnerable people from abuse and coercion and a special board to review all cases. The laws also have safeguards to prevent terminally ill people being pressured into a decision:

If these requirements are met, the patient will be able to obtain a lethal drug within 10 days of asking to die, following a three-step request process involving two independent medical assessments. The patient must administer the drug themselves, but a doctor could deliver the lethal dose in rare cases (when the patient is physically unable to administer the drug by himself).

Long political debate before voting on the bill

Despite concerns about the health of MPs and staff working extreme hours, the Parliament debated more than 24 hours. There was a standoff over whether to adjourn parliament to allow MPs to rest, with the supporters unwilling to do so as they wanted the bill to pass. At some point the debate was however postponed when Labor MP Daniel Mulino collapsed and was taken away in an ambulance.

The Government’s leader in the Upper House, Gavin Jennings, had accused opponents of trying to string out debate “far beyond the terms of reasonable argument” to try to delay the bill’s passage through the Parliament. Opponents used the lengthy debate to challenge different elements of the bill, including access to the drug and what type of drug would be used for the lethal dose — something the Government is yet to reveal.

Right to Die Societies in Victoria

Dying with Dignity Victoria publishes its newsletter Update no 197 (September 2022). Read it below: 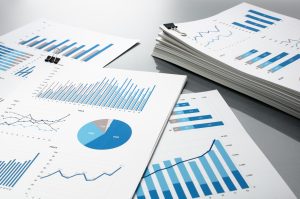 In Victoria, the Voluntary Assisted Dying (VAD) Review Board published their sixth report about the VAD law that is in

Dying with Dignity Victoria publishes its newsletter Update no 196 (June 2022). Read it below: 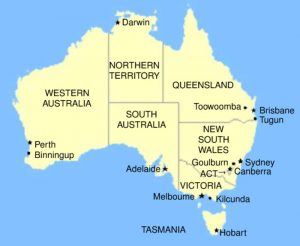 After Queensland approved a VAD law, Go Gentle Australia updated their earlier summary and table. Read it below: Thank you

This year Australia is really going well with VAD laws! In South Australia and Tasmania VAD laws are approved this 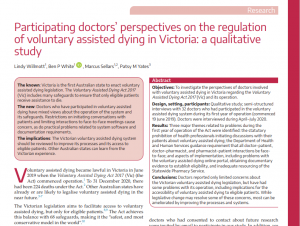 Doctors in Victoria face problems with VAD operation, e.g. the accessibility of VAD

End June, the Medical Journal of Australia (MJA) published a study to the perspectives of doctors involved with VAD in