Since 2016, a whole chapter (sections 241.1 to 241.4) in the Criminal Code of Canada, has been dedicated to ‘Medical Assistance in Dying’. Within the context of medical aid in dying, euthanasia and assisted suicide are no longer punishable.

In 2019, the Superior Court of Québec declared in its Truchon v Canada (AG) decision that the criterion in the federal MAID legislation, that there should be a “reasonable foreseeability of natural death” (RFND), is unconstitutional. As a reaction to this decision, the Government of Canada came with a legislative response: Bill C-7.

In March 2021, this bill became law and the criterium ‘reasonable foreseeability of natural death’ was no longer in it. The bill also included a provision to temporarily exclude those whose sole underlying condition is a mental disorder from eligibility. Clinicians say there is concern that the country’s healthcare system is inadequate to protect most vulnerable. Access to MAID in these cases was delayed for 24 months, to allow the Expert Panel to provide advice to the federal government on the safeguards, protocols and guidance that should apply in these cases.

In May 2022, the Expert Panel came with their report on MAiD and Mental Illness. In December, the federal government declared it needs more time before expanding Canada’s controversial medical assistance in dying (MAID) policy to include mentally ill people.

In June 2022, Canadian Senator Pamela Wallin tabled a bill to create possibilities for MAiD based on an advance request. Bill S-248 seeks an exemption to the Criminal Code of Canada to allow for advance requests for medical assistance in dying for Canadians diagnosed with a serious or incurable disease, illness or disability. The bill would allow Canadians to waive the requirement for final consent when receiving MAID if they lose capacity and it will allow provinces and territories to legally create advance request frameworks.

Both euthanasia and assisted suicide are (still) present in the Canadian Criminal Code.

Section 226 states: “Where a person causes to a human being a bodily injury that results in death, he causes the death of that human being notwithstanding that the effect of the bodily injury is only to accelerate his death from a disease or disorder arising from some other cause.”

Since 2016, an exception can be found in section 227: “No medical practitioner or nurse practitioner commits culpable homicide if they provide a person with medical assistance in dying in accordance with section 241.2.”

Section 241(2) says: “No medical practitioner or nurse practitioner commits an offence under paragraph (1)(b) if they provide a person with medical assistance in dying in accordance with section 241.2.”

The new situation since 2016 is the result of the Act to amend the Criminal Code and to make related amendments to other Acts [medical assistance in dying] (C-14). This long awaited bill created, just as the Dutch model, exceptions to the punishability of these actions when they are carried out in the context of medical aid in dying:

The law limits the medical assistance in dying to citizens and residents who are eligible to participate in the national health care system, an effort to prevent a surge in medical tourism among the dying from other countries. This government’s proposal was more restrictive than some proponents of legal assisted suicide had sought.

The law does not include provisions for minors who may be capable of making decisions about their own medical care to choose to end their lives, nor does it allow for people in the early stages of illnesses like dementia to request an assisted death while they are still competent. And only adults with select advanced physical disabilities or ailments are allowed to commit suicide with the help of a willing doctor or nurse practitioner. Finally, the act is only applicable if a persons natural death has become reasonably foreseeable, which means that it does not apply to people with psychiatric disorders.

The new 2016 MAiD legislation was more restrictive than some proponents of legal assisted dying had sought. Groups like Dying with Dignity Canada (DWDC) say the law’s requirement that grievously ill patients be able to offer informed consent at the time of any procedure puts it beyond reach of many patients in advanced stages of diseases like cancer, who otherwise meet all the eligibility criteria. In January 2019, DWDC CEO Shanaaz Gokool spoke to CBC News about the next frontier in the ‘right to die’: advance requests for assisted dying, mature minors, and individuals whose sole underlying medical condition is a mental illness. In February 2019, it became clear that newly-named Justice Minister David Lametti will not push to change the law on informed consent before the next election.

Bill C-7 is the legislative respons of the government of Canada to the Truchon v Canada (AG) decision: that the criterion in the federal MAID legislation, that there should be a “reasonable foreseeability of natural death” (RFND), is unconstitutional.

The Bill’s main objective is to balance several interests and societal values, including respecting the autonomy of persons who are eligible to receive MAID, the equality rights protected by the Charter, the need to protect vulnerable persons from being induced to end their lives, and the recognition of suicide as a significant public health issue.

It also outlines a series of affirmations and principles upon which the proposed Truchon response is founded, including the appropriateness of no longer restricting eligibility for MAID to persons whose natural death is reasonably foreseeable.

In summary, the Bill proposes the following Criminal Code amendments to the MAID regime:

On September 11 2019, the Superior Court of Québec, in its Truchon v Canada (AG) decision, declared unconstitutional the “reasonable foreseeability of natural death” (RFND) eligibility criterion contained in the federal MAID legislation, and the “end of life” eligibility criterion contained in Quebec’s Act Respecting End-of-Life Care. The Court ruled that the RFND criterion violates section 7 of the Charter, which protects against deprivations of life, liberty and security of the person, and section 15 of the Charter, which guarantees the right to the equal protection and equal benefit of the law without discrimination. The ruling, which only applies in Quebec, was not appealed by the Attorney General of Canada or the Attorney General of Quebec. The Court suspended the declaration of invalidity for a period of 6 months, until March 11, 2020, and granted a constitutional exemption to the plaintiffs during the suspension period. On March 2, 2020, the Court granted the Attorney General of Canada’s request that the suspension of the declaration of invalidity be extended for four months, until July 11, 2020, and subsequently granted a further extension to December 18, 2020, as disruptions to the parliamentary process due to the COVID-19 pandemic made it impossible to meet the previous deadline.

Read more on MAiD in Canada

Right to Die Societies in Canada 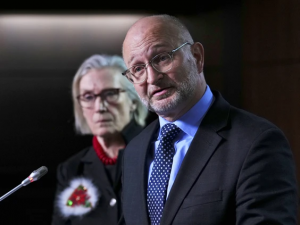 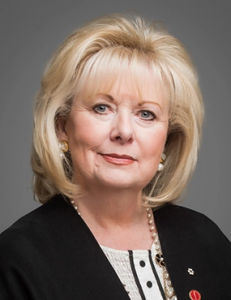 On Thursday the 2nd of June, Senator Pamela Wallin tabled Senate Public Bill S-248 to create possibilities for MAiD based on an advance request (in 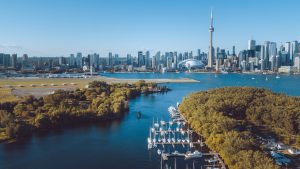 Look back at WFRtDS Conference 2022 in Toronto

From November 3 – 6, Dying With Dignity Canada hosted the World Federation of Right to Die Societies International Conference 2022 in Toronto. This event, 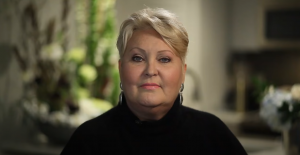 Nova Scotia removes some restrictions for medical assistance in dying

Nova Scotia is removing the requirement that someone’s natural death be “reasonably foreseeable” before they can access medical assistance in dying. The province is also 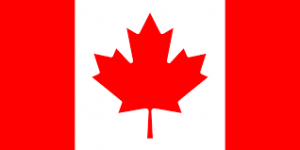